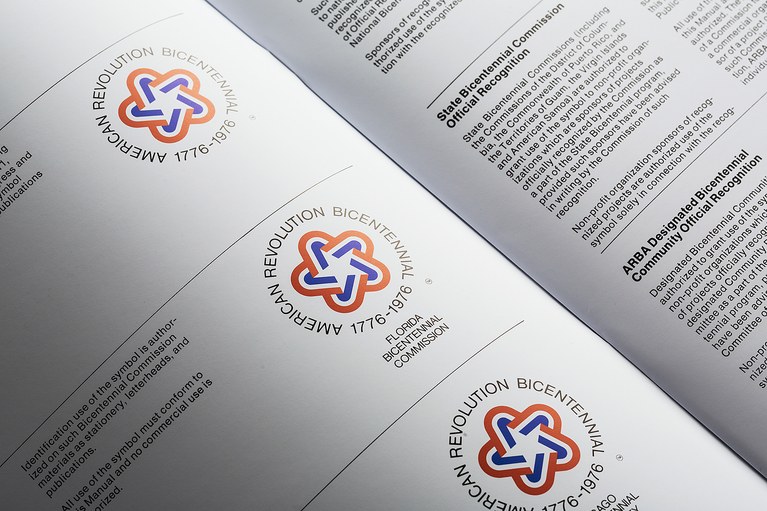 WHEN BRUCE BLACKBURN designed a logo to commemorate the nation’s 200th birthday, the nation was embroiled. The Vietnam War was winding down, Watergate had shaken people’s confidence in government, and President Nixon would soon resign. Yet Blackburn’s design, chosen by the American Revolution Bicentennial Commission, conveyed an idealistic, if not entirely accurate, image of national unity.

By 1976, his logomark covered everything from patches to pins to stamps and coffee mugs. It even emblazoned government buildings. But bicentennial celebrations only last so long. The celebratory year came and went, and Blackburn’s logo with it. Now, 40 years after its debut, it’s back and still a remarkable design. “I wouldn’t change anything about it,” says Jesse Reed, co-founder ofStandards Manual, the publishing imprint that reprised the popular graphic standard manuals for NASAand the NYC Transit Authority. “It’s a very simple thing, but it was powerful.” 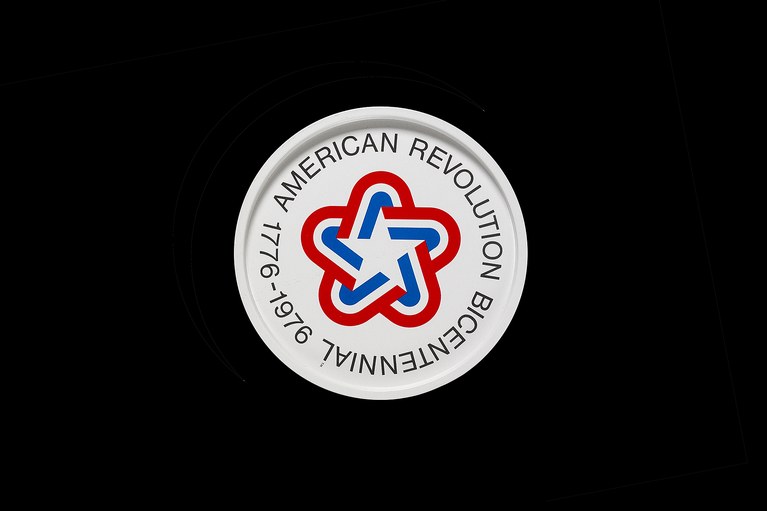 Reed, with his Standards Manual partner Hamish Smyth, are recreating the 52-page book in which Blackburn outlined how to draw and implement his symbol on a variety of materials. The book dissects the logo—a “soft star” enveloped by a red, white, and blue stripes that evoke patriotic bunting and the nation’s history. Blackburn designed the symbol a few years before he drew the famous NASA worm, and you can see obvious similarities in the two. “It’s basically like five rotated As,” Reed says of the famous bicentennial logomark.

In the book’s foreward, Blackburn says he wanted an American symbol that could represent 200 years of history without leaning on tired patriotic tropes. The star was perfect—universal but distinctly American. He softened its harsh “militaristic” shape with the bunting, adding metaphorical meaning. “What Bruce did was distill national pride and american history and make a symbol that wasn’t hokey,” Smyth says. 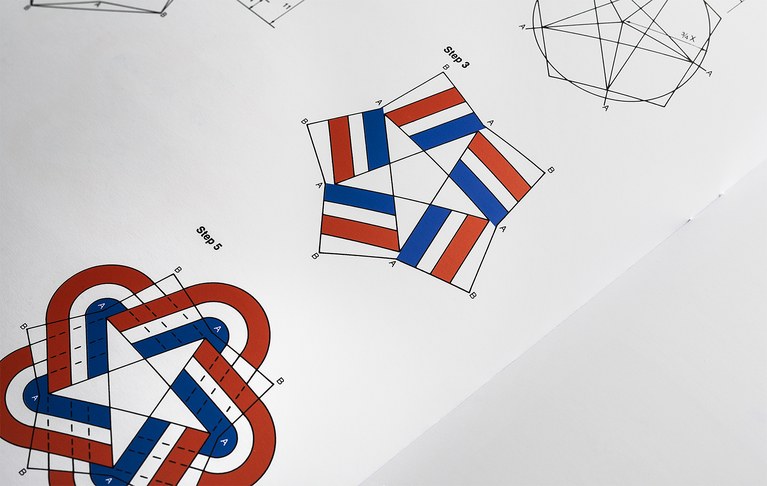 That was an accomplishment in the early 1970s, when considered governmental design was still nascent. Nancy Hanks, chairman of the National Endowment for the Arts at the time, had recently launched the Federal Graphics Improvement Program to change that. Despite its technical perfection (“It’s done with almost perfect geometry,” Reed says) Blackburn’s logo didn’t sit well with the Nixon administration. It was too friendly and, as they described it, not “governmental” enough. The administration asked Blackburn to add a line of text around the star, giving it the appearance of a military insignia.

The United States is rich with patriotic imagery (the flag, the eagle, and Statue of Liberty, to name a few), but Blackburn’s logo stands apart for its ability to distill a nation’s complexity into a simple, yet impactful, symbol. The logo didn’t solve any of the country’s problems, but it did give people, at least for a moment, a beautiful symbol to stand behind, together.