In A World That Doesn’t Know What A Logo Is

According to the GCEO of United Capital Plc and President, IAPM, Mrs. Toyin F. Sanni, “…your investment assets may include your Art collection or other such valuables if they are kept as a store of value or as tradable assets”. This was stated in her article of July 1, 2016, published on LinkedIN, titled Personal Security In Turbulent Times. It reminded me of my early 20s.

“What!!! Bruce Onobrakpeya’s works!!?? Do you guys know what you’re doing? Why are these works on the floor? Do you know their WORTH? Put them on the wall NOW”. My childhood friends were shocked; I had only just entered the house, hadn’t greeted, only to scream at them in the middle of their relaxation with a good movie. We got the works on the wall, only then did I settle to explain to them what they didn’t know and I as well became aware that their father had inherited them, being a relation to one of the richest families in Nigeria of Urhobo origins. The question is, what did I know that they didn’t and how did I know it? The very short narrative you’re about to read is a true story. 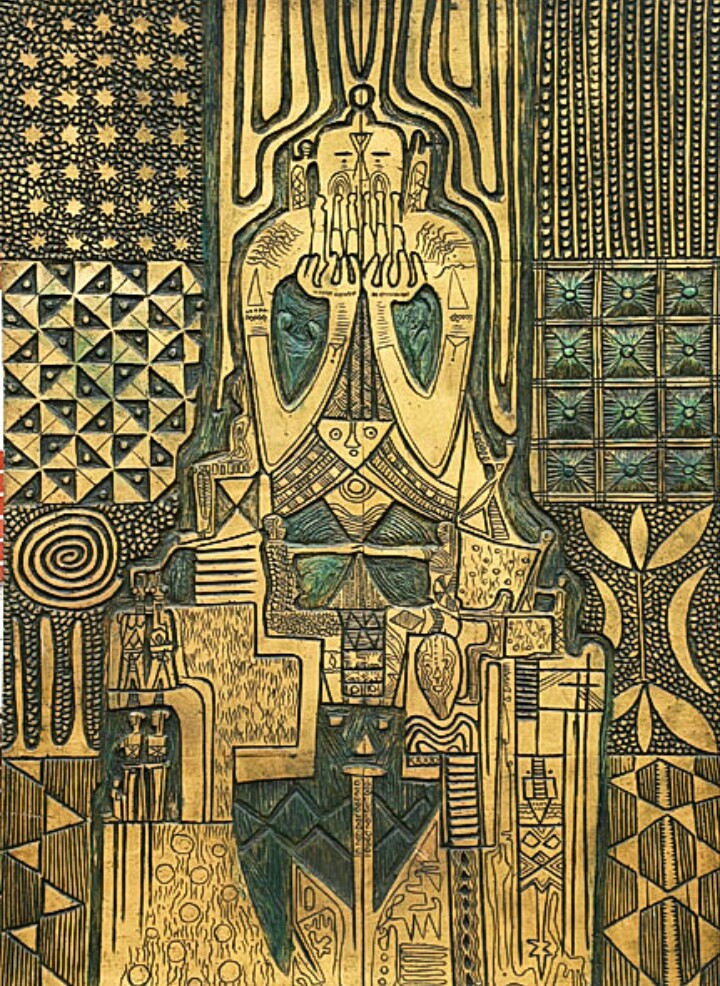 It was on a cool evening. I had just left my great uncles Architecture firm and decided to hang out till dark with my friends who lived a walking distance away from his office. I was the office assistant at that time – a much needed productive time to keep busy during one of the industrial strikes of the Universities Staff Union.

My father was a professional Artist with a stint at Architecture. One of the best graduating students, such that he was asked by the University council to make a live portrait of the Vice Chancellor in the University of Science and Tech, Kumasi, Ghana. Coming back to Nigeria, he began his corporate life in an Architecture business and soon branching out on his own to become a respected curator of Art works and Arts contractor. In the 80’s he supplied the National Theatre, Iganmu, Lagos with works of Art – one off. 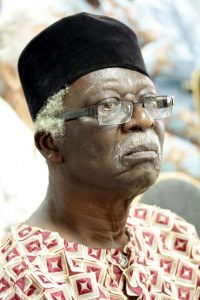 My great uncle is an Ivy League Scholar, renowned retired professor of Architecture from the University of Lagos and awardee of the Nigerian Merit Award – NNOM. He was a far more extensive curator than my dad. Even stone works make up his collection. From both men, I understood the value of Art. I visited galleries, met renowned Lagos based Artists and other local/international artists that flew in for one program or the other. I witnessed the large financial exchanges of Art works; was present at Art functions and experienced the respect accorded these people (artists and curators) by the truly wealthy class. Myself, the first ever payment in US dollars I received from a client was for an Art work I made. I was 17 at that time. This is why I had the audacity to scream at my friends for having two of the works by one of Nigeria’s greats – Bruce Onobrapkeya, lay on the floor. Works their father had inherited being a relation to one of the richest families in Nigeria of Urhobo origins. 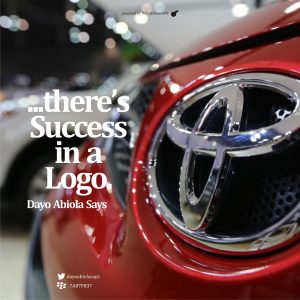 To know what a logo is, you must value it. You must accept the reality of its existence as an asset that has enormous value. In its simplest form it is far more powerful than gravity because of its ability to do one thing gravity cannot do – pull peoples mind en masse. Like Art, logos influences culture, trends, creates influence and represents part of the intangible economic base of a country. A logo holds the power of a medium of exchange, if you doubt this, just study what goes down during a company buy out. Art is constantly evolving. In regions where this holds sway and is promoted with great interest, the life of the people, their informal education and their visual, creative, intuitive and inventive quotient has been greatly improved. The opposite is for regions that haven’t considered and promoted it with interest, especially where there’s a considerable amount of public disdain towards the processes involved in bringing Art into being. A logo follows in its tracks. You can clearly see that one of the differences in the regions where the big brands come from and regions where businesses “trying” to become brands come from is predicated on the value and understanding of the Art of Logo. “Logos don’t sell, they identify” – Paul Rand. My great uncle recently quipped in Germany, “Architecture is culture”. I say, “if you understand a logo it will bring you great gain, if you don’t, no gain”. My father said, “observation is a key to mastery”.

To be continued with my opinion about the new 9Mobile Logo.