You’re about to know what can happen when two Dayo’s meet especially when each is a powerhouse in their respective calling.

Both guys were formally introduced to each other by Mr. Gbenga Totoyi. Gbenga Totoyi was first impressed at learning that Dayo Abiola is one man who has made a staunch niche for himself as a foremost logo maker. So he thought it was imperative to have him meet Dayo Samuel, another staunch podcaster with a far reaching acclaim and enviable array of international guests on his podcast – Audacity2Lead.

This meeting has yielded a collaboration on the making of the new revised Audacity2Lead logo. Dayo Samuel himself forays into the world of graphics design. His erstwhile logo was made by him. Driven by a renewed thinking, renewed strategy and renewed inspiration we now have what is called Audacity2Lead 2.0. And the moment to reach out to a logo expert was availed. Dayo Abiola recounts how the two of them were up late night over IM and exchanging real time visuals to touch up and re-touch up, suggest and input on what is now the new Audacity2Lead logo. “We talked about the torch and about the typography”

In Dayo Samuel’s words made clear on his blog; “Since March 2014 when I first launched Audacity2Lead, the site has experienced a tiny number of changes, now it’s time to make a major change. http://www.audacity2lead.com/breaking-news-audacity2lead-2-0-born/

“First is the logo. While I was designing, I reached out to Dayo Abiola, who’s a specialist in logo making. In fact, he has a business just designing logos. And together, we made a lot of tweaks and perks and here is what we have. Thank you Dayo”. 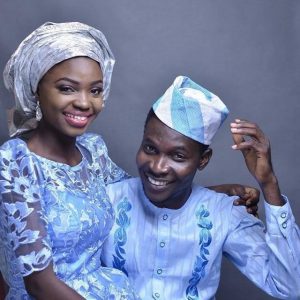 We look forward to many more from collaborative efforts from them. In Dayo Abiola’s final words “I’m always open to collaborate with anyone doing great stuff. As long as its the kind that achieves the utilitarian ends as postulated by Sigmund Freud. Now that’s true success”. And not to forget, I congratulate you ahead of tying the conjugal knot”.